I am up early with Frankie and I have a little time on my hands so I said I would use it to write a good old fashioned blog post!

I am going to share an update of the past few months and what I have been doing with myself! So Frankie was born last February, but I started my maternity leave in December because it was such a strange year with covid etc. I had planned to return to school around October, then I changed my mind and decided to take a career break. It was really last minute but my school got it through for me. It was a last minute decision and I did it because Frankie had some feeding issues as a new born, so I thought I’d need to be at home to monitor that. Once he turned five/six months though he got really hardy and was absolutely fine, so that reason became redundant. So then I decided to start subbing locally. I was very lucky again to find a child minder locally through word of mouth, which was a feat in itself because apparently it is impossible to find a childminder in these parts. Sometimes when things are unplanned they work out better than if you had been planning them for months!

I was subbing day to day between a couple of schools and really enjoying it. I realised then that after almost a year at home I really needed to be back in school. I was more than ready to return to the workforce.

I did struggle with feelings of guilt a lot. Frankie was six and a half months when I went back so he was still quite young. I had the option to stay at home and have a year off school, and to work on finishing off my masters. In a way having that choice made it more difficult! I felt bad for wanting to go back to work. A job came up then in a local school in an SET role and I accepted it. I am teaching there since the end of September and I love it. At the end of the day, as my mother said, you have to do what’s best for you sometimes too, not just the kids. And it is so true. Lara loves playschool and likes going to the childminder too, and Frankie is just so relaxed about everything he is fine. I am home with them by three every day so I do feel lucky to have the best of both worlds. I get to do the job I love and have the whole evening with them. I deferred my thesis until February to give me time to focus on school and settling in, so I’ll be going back to that now after Christmas too. I am technically still on career break I am just working full time through it. I have no idea yet what I am doing for next year, but we will just see how it goes this year first. I do miss the children in my old school a lot, I don’t miss the m50 commute though!

So hang in there everyone, teaching is definitely so much harder since covid, the masks, the constant uncertainty, the nonsense in the media, it can all be overwhelming. We are almost there though, twelve and a half days until the holidays! 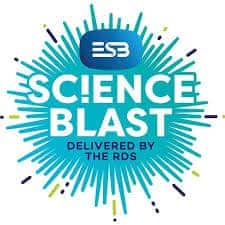