Masters in Special and Additional Needs with ICEPE 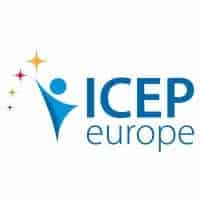 I get a good few queries about the masters I’m doing so I decided to write a blog post on it!

I started my masters in January 2020. I wanted to do a masters but before I began teaching my class I thought I’d do one in literacy. Then when I began working with children with autism I realised I wanted to learn more and became really interested in it and so chose this one. I also liked how you could pay each module at a time rather than a once off huge expense when signing up. That made it easier for me rather than taking out a loan, I could pay it as I went along.

So this masters is modular in nature, two modules will get you a cert, four a diploma and four plus the thesis is the masters. I have a diploma now. I’m taking the summer off then starting the thesis in September. I like the flexible nature of this course which allows me to do that rather than going straight into the thesis.

The modules I studied were Autism, ABA, Inclusion and Dyslexia. I enjoyed them all except ABA which I found boring and technical but I’m not a fan of ABA anyway. I loved the inclusion module and will probably do my thesis in this area.

The workload is doable. I was pregnant , had a toddler, and was working full time while completing it and I managed- just about! It was tough going when Frankie came along though which is why I’m taking a break now! But once-you’re organised and keep on top of the lessons and readings then you should be fine. Each assignment is 5000 words split into two assignments of 2500 words each. They are very well laid out and give you helpful headings to help organise your essays and you can submit a first draft and get feedback on it before submitting the real thing which is brilliant.

It costs €1368 per module. I didn’t research a load of different masters so I can’t compare them , I just went with this one because of the flexible nature of it. Do your research first though before signing up to anything to make sure it is right for you!